Town Square is also home to the second largest public library in the State of Illinois: The Schaumburg Township District Library. The library, along with the Trickster Art Gallery, are regional destinations for cultural programs and resources, which amounts to over 1 million visitors per year. 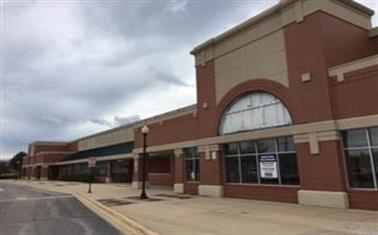 Since the Dominick’s grocery store closed in December 2013, the Village of Schaumburg has been actively working to promote redevelopment of the site. Although Tony’s Finer Foods previously announced plans to open a store in late 2016, at the present time, there are no firm plans or timeline for a new store opening due to a lease extension maintained by Albertsons, the parent company of Jewel-Osco and Dominick's.

Tony’s Finer Foods bought the property in 2015 with the intention of opening a store when the Dominick’s lease expired at the end of May 2016. But, just before Tony’s completed the purchase, company representatives learned that Albertsons exercised an extension of the long-term lease on the site.

Although Tony’s completed the purchase, the property remains subject to the terms of Albertsons’ lease and is currently controlled by Albertsons/Jewel-Osco. The village understands the lease extension will run through May 2021. The village is committed to working with Albertsons/Jewel-Osco and Tony’s to reach a final resolution as quickly as possible. The empty storefront has a big impact on our community and nearby businesses. The planned opening of a Tony’s Finer Foods would have brought 200 permanent jobs to the community and $5 million invested in redevelopment.

Located at 40 S. Roselle is a 1.7 acre site that is currently being marketed for sale, preferably to a future restaurant user. The site is adjacent to an amphitheater and overlooks the water walk path. The land is zoned General Business (B-2) and features Walker Brothers Pancake House, Bonefish Grill, Oberweis Dairy, and the Schaumburg Township District library as neighboring tenants. Monument signage at the signalized entrances of Roselle and Schaumburg Roads is included with the purchase of the property. View the marketing materials for the site. 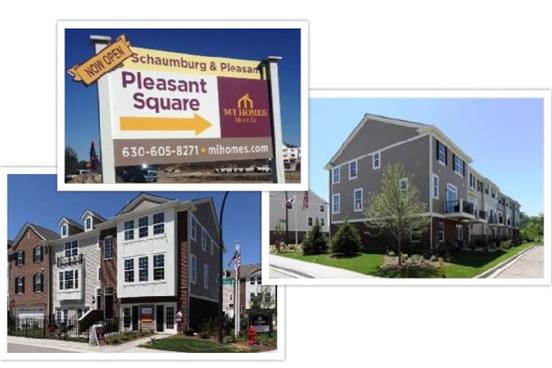 Adjacent to the Town Square commercial area is the new Pleasant Square development, which is located on the northwest corner of Schaumburg and Roselle roads. Pleasant Square is a residential development comprised of 99 row homes, 8 town homes, and 10 single family houses.

The total cost of the development was $13 million which will contribute over $1 million in real estate taxes. In conjunction with this development, the Village of Schaumburg partnered with Cook County to construct a right turn lane to traffic at Schaumburg and Roselle roads in 2018. The lane is now open with all landscaping improvements and traffic signal and street light equipment having now been installed.

Free viewers are required for some of the attached documents.
They can be downloaded by clicking on the icons below.