Bicycling During the COVID-19 Pandemic

The Village of Schaumburg encourages our residents to use the latest guidelines from the State of Illinois, Illinois Department of Public Health, and CDC when making any decisions related to cycling, group rides, and events.

The Restore Illinois program divides the state into 4 regions, each with the ability to independently move through a phased approach. Be sure to adhere to the guidelines established for your region. The recommendation from Ride Illinois is to follow the below guidelines during the Phase in your respective region:

Also, remember to wear a mask anytime you cannot maintain a  proper social distance. Note that 6 feet may not be sufficient social distancing when cycling due to factors such as speed, weather, and proximity to others. 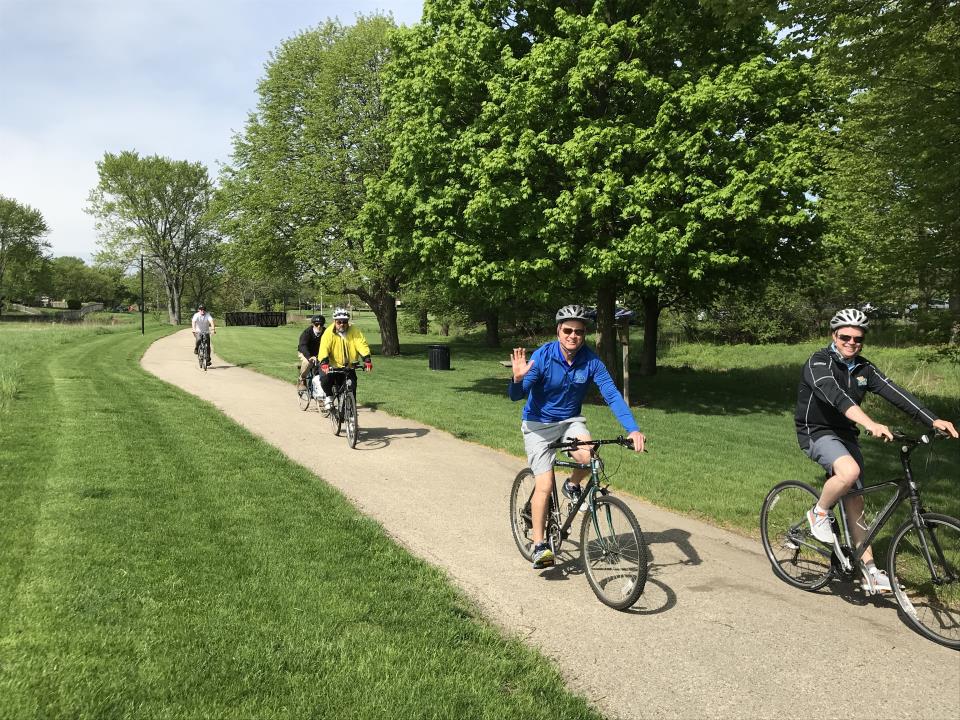 Schaumburg's forward-looking and award-winning Bicycle Program was developed in 1979 with creation of a Bikeways Advisory Committee and development of a comprehensive map detailing locations for current and future bike paths/routes. It was during the 1970s that the village adopted a multimodal approach to transportation planning with the integration of bicycling as one of the key components to create a more livable community. The last major revision to the Comprehensive Bike Plan was in 1999; however, there have continued to be edits and updates throughout the years. In 2011, the village received funding for review of the Plan by the Active Transportation Alliance (ATA) who provide the village with a document of suggested updates. The village anticipates enacting many of the suggested actions over the years to come.

Among the accomplishments, Schaumburg was the first community in Illinois to require bicycle parking be a part of many of the new developments that were springing up in the village. Schaumburg was also the first community in Illinois recognized by the League of American Bicyclists as a Bicycle Friendly Community, and was re-certified with a Bronze level designation by the League in its most recent review of our program.

In addition to internal efforts to promote bicycling through our Bicycle Program by sponsoring and hosting two annual biking events - Fahrrad Tour von Schaumburg and Bike to Work Week, the Village of Schaumburg is a member of Chicago Metropolitan Agency for Planning’s Bike and Pedestrian Task Force and the Northwest Municipal Bicycle Committee. Schaumburg has also engaged the community with programs like the Adopt-A-Bike Path Program, which boasts participation by over 200 persons to help maintain the pristine nature of Schaumburg's bike paths.

Fahrrad Tour von SchaumburgAs Schaumburg's bike paths near build out (90 miles of bike path, 1,000 bike parking rack and locker spaces), focus has expanded to further advancing links with our neighbors and advocacy, with representation on Chicago Metropolitan Agency for Planning's (CMAP) Bike and Pedestrian Task Force and the Northwest Municipal Conference's Bike Planning and Policy Committee. With continued dedication and commitment to bicycling, Schaumburg will remain a preeminent leader in bikeway planning. 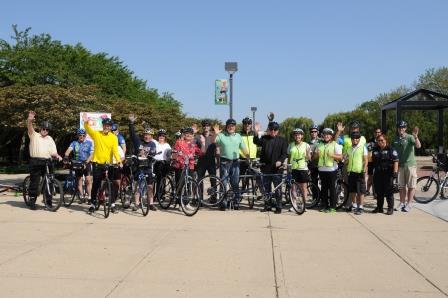 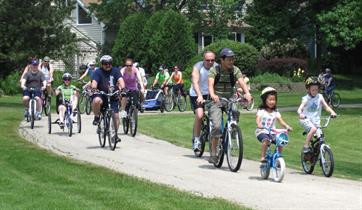 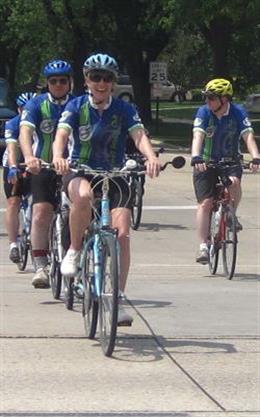 Schaumburg's Bikeways Advisory Committee continues to guide the development of Schaumburg's Bicycle Program. The Committee is composed of Schaumburg residents, a Hoffman Estates resident, a member from Schaumburg's Zoning Board of Appeals, the Plan Commission, the Park District, and School District 54, and staffed by Schaumburg's Transportation, Engineering and Public Works, and Police Departments.

With this early green effort continuing to flourish, Schaumburg now has: 90 miles of bike path, 1,000 bike parking rack and locker spaces, bicycle racks on village trolleys, bicycle parking at the Metra Station and the Northwest Transportation Center, a community-based bicycle club, and links with each of our neighbors and throughout the Chicago region.